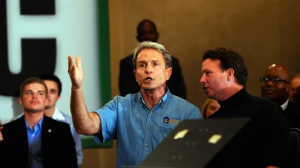 “This week the Los Angeles Sheriff’s Department confirmed that the cause of death for the second man found dead in democratic donor Ed Buck’s home was a methamphetamine overdose. According to NBC News, Timothy Dean, 55, died on Jan. 7, making him the second person who was found dead in Buck’s West Hollywood apartment within two years. Another man, Gemmel Moore, 26, died in Buck’s apartment in July 2017. L.A. County prosecutors declined to charge him in that case. But detectives are reportedly continuing their probes into the similarities of each incident.”

via Black men, meth and two deadly cases: 5 things you should know about Ed Buck – theGrio